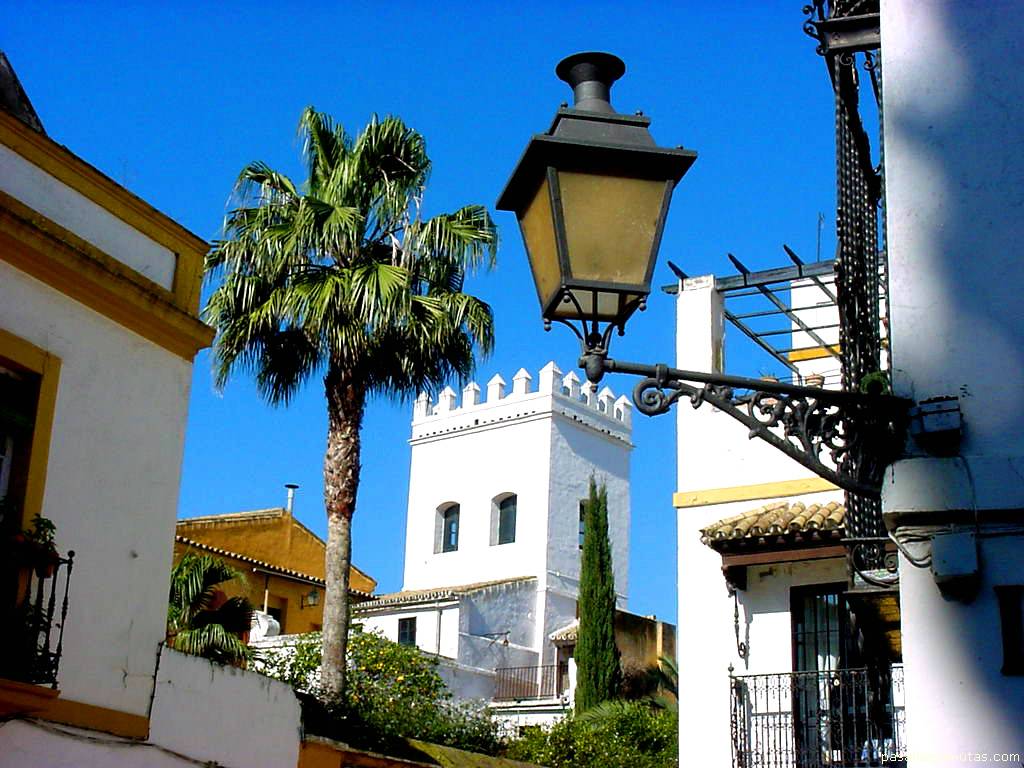 The Walls of the Jewish Quarter of Seville

The Jewish quarter of Seville is probably the largest in the entire Iberian Peninsula. What today are three…

The Jewish quarter of Seville is probably the largest in the entire Iberian Peninsula.

What today are three neighborhoods, Santa Cruz, Santa María la Blanca, and San Bartolomé, were originally one: the Aljama of Seville.

Although the Jewish presence in Seville dates back to the Roman era, and became very important during the Arab-Andalusian period, the urban extension of the Jewish quarter that has survived to this day has more to do with the Christian presence in the city from of the year 1248. It was this year in which King Fernando III of Castilla conquered the beautiful Andalusian capital. As he did in Córdoba and other towns, Fernando III used Jews from his kingdoms to repopulate the new cities conquered from Islam

In Sepharad’s history we cannot speak of ghettos as such. But if it is true that there will come a time when coexistence will deteriorate and this will lead to some monarchs ordering the separation of the Jewish quarters. In many of our Jewish neighborhoods, walls and gates will be built to isolate them from the rest of the city. The purpose of these walls and gates was not so much the isolation of the Jewish population, who could continue to go out and participate in life in the rest of the city, as the protection of the community against the increasingly frequent anti-Semitic attacks.

A particularly sensitive time used to be Passover, the Passover, which generally coincided with the celebration of Christian Holy Week. These were “hot” days in which the slightest conflict or misunderstanding could trigger a program. Christians mourned the death of Jesus, at the same time as they accused the Jews of his death. The Jews, however, joyfully celebrated their liberation from slavery in Egypt. The most prudent in these cases was the total closure of the gates of the Jewish quarter.

In 1989 the wall of the Jewish quarter of Seville was discovered as it passed through Calle Mateos Gago. This street is a must-see both on our Jewish tours and on our wine and tapas tours. Many ignore that when they walk down this street, they walk the limits of what was the wall that separated the Jewish quarter from the rest of the city. There are many treasures that this neighborhood contains, and for Alma-Exploring the Soul it is a pleasure to make them discover the visitor.

We share with you an article published in the newspaper El País that collects some historical aspects of interest on the Jewish quarter wall as well as the efforts made by the city council to preserve this important archaeological find.